The anatomy of the female urinary system greatly increases the risk of urinary tract infection due to the relative shortness of the urethra. This makes it easier for bacteria to pass into the bladder. A supplement in bioavailable sulfur offers an additional advantage against urinary tract infections and helps calm painful sensations and frequent urination. 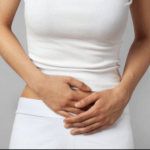 There are three types of urinary tract infections, according to the location of the infection. The treatment of UTI will be the same however, regardless of location.

In all cases of Urinary Track Infections, it is important to consult a doctor or health care practitioner to find a suitable treatment. If left untreated, the infection continues to proliferate and invade the urinary system. This can lead to a more serious kidney infection (pyelonephritis) or kidney stones. In some cases, a urinary tract infection can worsen to the point of septicemia or renal failure. Haarlem oil with its powerful antiseptic antibacterial action is an effective treatment against urinary tract infection.

Sulfur is a powerful antiseptic which eliminates germs and bacteria. It is widely used as an anti-parasitic on external applications and as an intestinal antiseptic. Its anti-microbial action, already well known for centuries, is largely confirmed by the widespread use of sulfonamides products (see article on sulfonamide antibiotics). The use of Haarlem oil as a treatment against urinary tract infections will contribute to the rapid elimination of bacteria and other microbes present on mass in the urinary system (kidneys, urethras, bladder and urethra). The elimination of these pathogens will result in a natural resolution of a UTI.