What are the best benefits of Haarlem Oil for small animals? 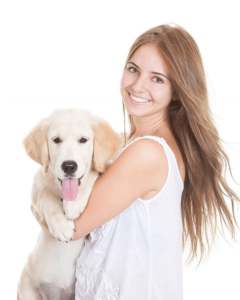 SULFUR in domestic animals is even more important than for humans!
It is essential, not to say imperative for your animals, never to be deficient in one of the 7 fundamental elements of your organism such as Sulfur. Without wanting to darken the picture, our dogs and cats (pets) are even more deficient than we are…

Why their environment? Because they are even more impacted than you on the respiratory point, especially in town, because at the same level as exhaust gases for example. They wade through the rainwater which drains all the pollutants on the ground. In the countryside, normally less impacted, it will be the proximity of fields and pesticides still in force which will gradually poison them.

Why their food? Without going to the extreme of low-cost kibble based on flours and chemical ingredients, which have no quality other than their associated marketing, these have not contained sulfur elements for a long time. Even for those who favor a natural diet, which is a great thing, the sulfur elements are no longer present in the ingredients used. The few rare foods containing sulfur that are not recommended for your animals (pets), (onion, garlic – toxic in large doses -, shallots, chives – toxic -, cabbage, turnips, radishes).

The Number 1 Benefits from Haarlem Oil for pets