What does sulfur bring to the respiratory sphere?

If you are on this page, it’s certainly because you are looking for a treatment for bronchitis, Haarlem Oil can be this treatment of your bronchitis! 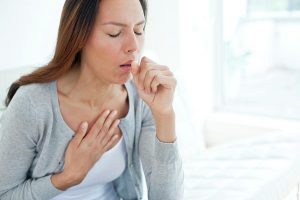 There are two types of bronchitis:

Acute bronchitis the most frequent and chronic bronchitis which is much more severe.

Chronic bronchitis is a disease that affects individuals working in cold or dusty environments, where the air is polluted … but also and especially smokers. Tobacco smoke is recognized as a specific pollutant that impairs lung tissue and leads to medium-term chronic bronchitis. The mechanism that maintains the cleanliness of the airways, is paralysed by cigarette smoke. The particles of smoke inhaled cannot be evacuated, and the glands of the irritated airways produce more mucus. Today there are 2.5 to 3,000,000 people with chronic bronchitis.

Note that childhood respiratory infections may have a role in triggering or aggravating the disease. Chronic bronchitis is a logical complication of one or several successive attacks of acute bronchitis.

THE SYMPTOMS OF BRONCHITIS 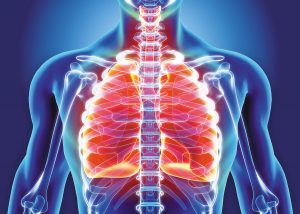 BIODAVAILABLE SULFUR A DIETARY SUPPLEMENT FOR THE BRONCHITIS?

Haarlem Oil was discovered in 1696 in Holland by Claes Tilly, it is used in France since 1924. Haarlem Oil is composed of three natural ingredients: pine turpentine (80%), linseed oil (4%) and sulfur (16%) contained in one capsule of 200mg. It has two main actions:

After taking the capsules orally, the distribution of Haarlem oil in the body is rapid and widespread. The study by Professor Jacquot (1984) shows a significant and early distribution of sulfur (1 hour) at the bronchoalveolar lung tissue.

In a study conducted by Dr. B. Leroux, Haarlem oil was used to treat 25 children with chronic pulmonary disease of various etiologies. Haarlem oil showed very good efficacy in 68% of cases following treatment for bronchitis and 70 % of cases where the treatment was repeated monthly.

Comment from Dr B. Leroux about his study of Haarlem Oil, administered as a treatment to 25 children with chronic pulmonary disease of various etiologies:

In 68% of cases in our series, we observed at the first course of HAARLEM OIL, clarification and disappearance of bronchial hyper-secretion in less than a week. This confirms both the positive rheological action and the antiseptic action of the HAARLEM OIL. These actions continued with a persistence of several weeks in most cases. In 70% of children for whom the renewal cycles of Haarlem Oil has been proposed monthly, the level of effectiveness continued very favorably, leading to total and permanent healing of chronic bronchitis reached in less than four months. We can measure the resulting benefits compared to multiple treatments previously used (especially repeated courses of antibiotics). In other cases, 60% of those whose monthly treatments were followed either systematically or on demand, the antiseptic action of the Haarlem oil resulted in the clafirication of the tracheo-bronchial secretions. The Haarlem Oil has achieved the disappearance of all symptoms of congestion during periods of varying lengths and also very significantly reduced the episodes of superinfection, only seen in children when the chronic bronchopulmonary infection is considered final.